"One day all of this will be yours" (already is). Thore shows Agneta where she can sow vegetables for
her small, but growing, production of fermented vegetables. Saurkraut you know, good for you! Her
registered company is named Undermat (wonderfood). This cottage is just north of Bengtsfors. 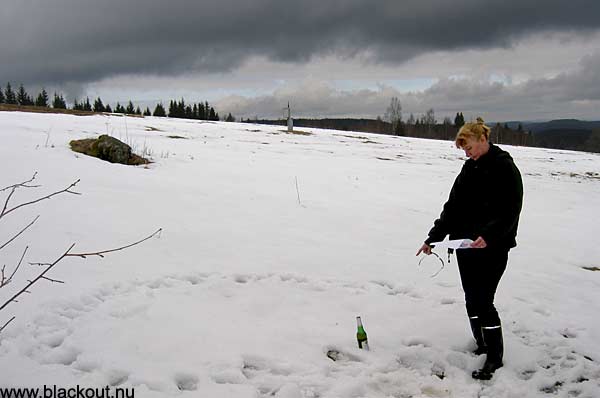 One day Agneta found a mysterious map which led her and me to an even more mysterious place
with a message written in the snow! (That Czeck Staropramen beer is mine)
We followed these clues and maps which led to another and to another... 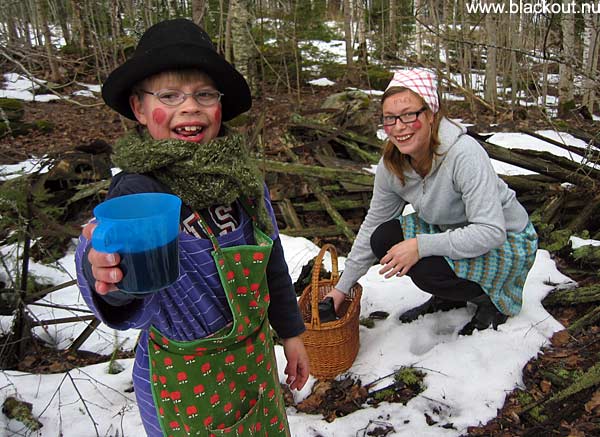 ...and suddenly - in the middle of the forest - we met an Easter Witch and her younger brother!
And they served hot coffee and candies. What a surprise! 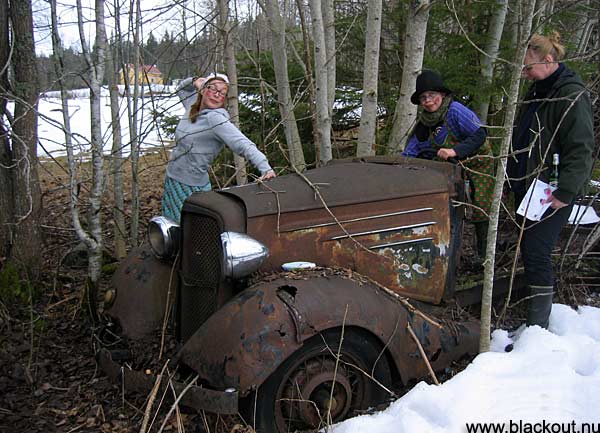 And look what else we found! A 1934 Chevrolet in mint condition! When it was parked there
there were no threes growing there. 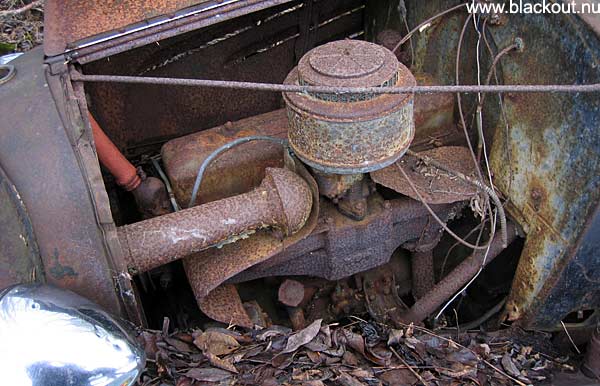 Newly renovated Chevy 6 in-line! All plugs and wires still there (passenger side).

Happiness for Axel. To enjoy the first warm sun of the year, to kiss his sister Frida (who is working in
Norway during summer and backpacking around the world during winter). Also Basil thought it
was nice to be out in the sun and in the real world for the first time in his life. 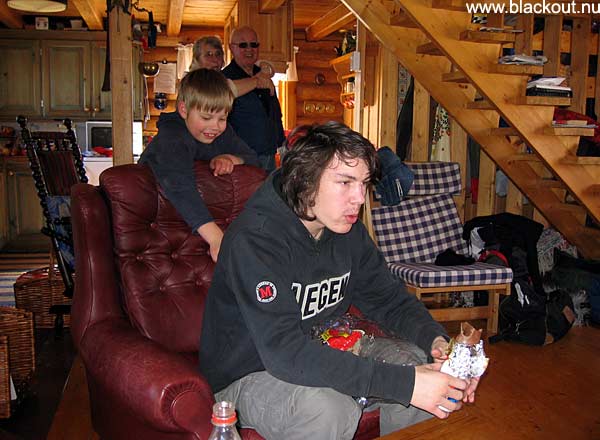 Happiness is also to tease older brother Anton. Sonia and Thore in the background built this cottage
in 1968-69. A two hour drive from Gothenburg and you're talking to moose, bear and wolf. 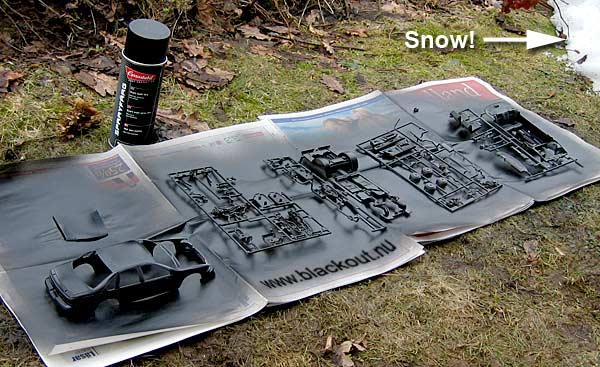 Paint box. We chose no-gloss black to build the Black Wolf of Karl Ellwein which Axel saw
in Atlanta at the SSHS-5 race and thought was a real cool car. 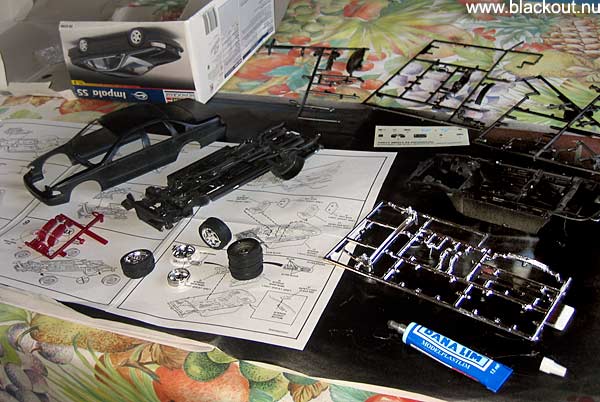 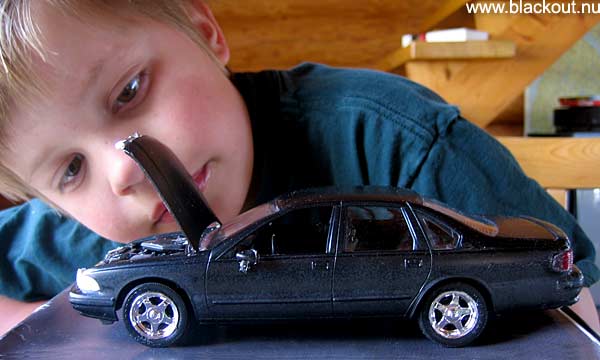 The frantic bolt-on is done. Yea, I know. Karl and Nabil Guffey didn't have that stock induction on.
Thanks Uncle Rick "LoveSS" who gave this Revell kit to Axel in Atlanta! The box had even
been signed by the SS creator Jon Moss and of course we saved that autograph. 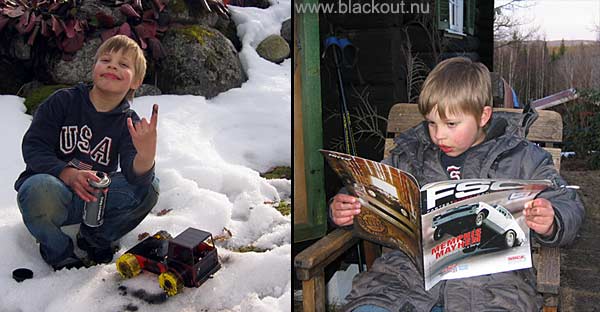 Even more fun than bolt-on is of course to create something on your own. Axel painted other vehicles
as well. The publisher of that magazine would never have guessed that it would be read up
here in the woods by an 8 year old.