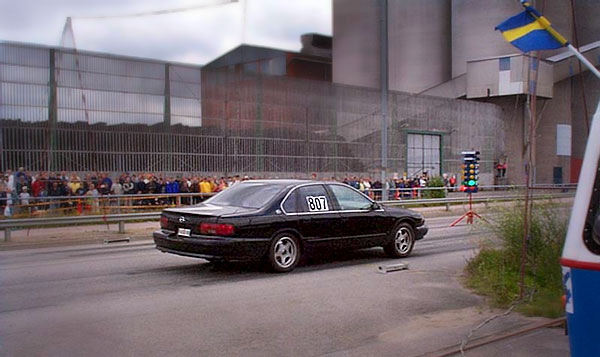 Trollhättan 1/8 mile in the year 2000.
2010 is our 10th Anniversary in owning and racing this 1996 Impala SS which we
over the years have rebuilt into the much more angry and faster Blackout SS.
Let's hope this Anniversary season will be a good one.

Page updates when we see how the race schedule forms during
the season and what we will choose to run.